The castle in Kempen 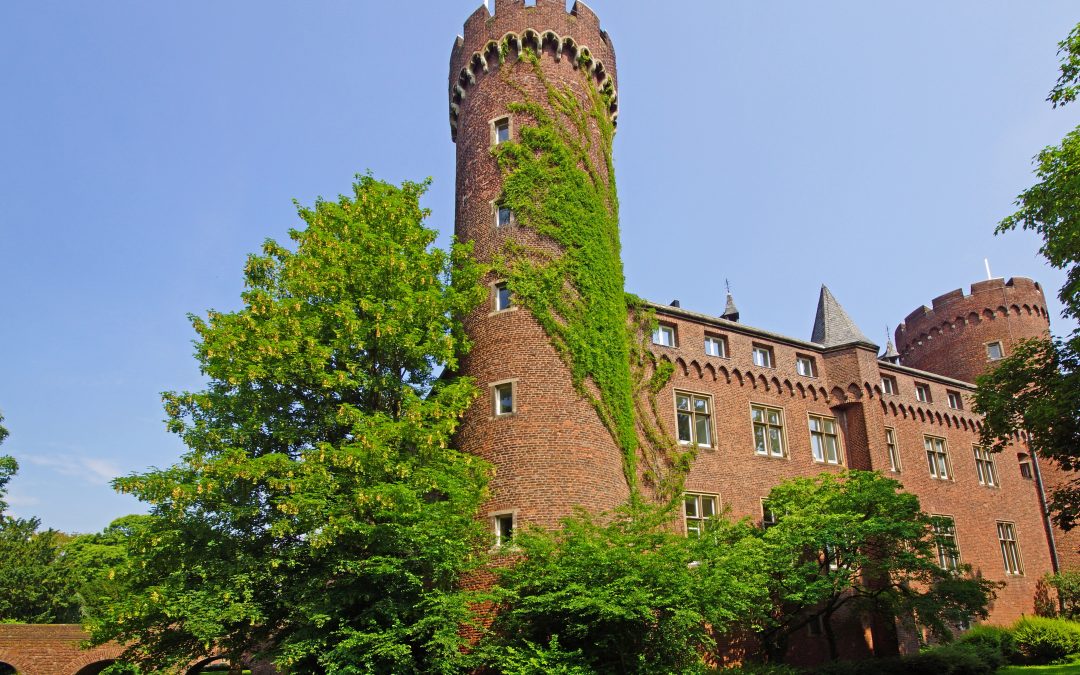 Our office is located on the Lower Rhine in the picturesque town of Kempen. It is known for its historical sights. In addition to the historical center, a castle is a landmark of the city and is within walking distance of the office.

History of the castle

The ‘Kurkölnische Landesburg‘ delights with its appeal. Originally built in 1396-1400, it was restored in neo-Gothic style after a great fire in 1856. First constructed at the request of the Archbishop of Cologne, the building holds a long history. Whether it was occupied by French revolutionary groups in 1794 or used as a school building from 1863-1925 – the ravages of time have not taken away the castle’s impressive beauty.

At the present, the property is used as a district and city archive and is also an adult education center. From the inside, the castle is unfortunately not open to the general public, but culturally interested tourists can request a visit at the Town Hall. Also, the former castle courtyard is now a public park. Perfect for a relaxing stroll.