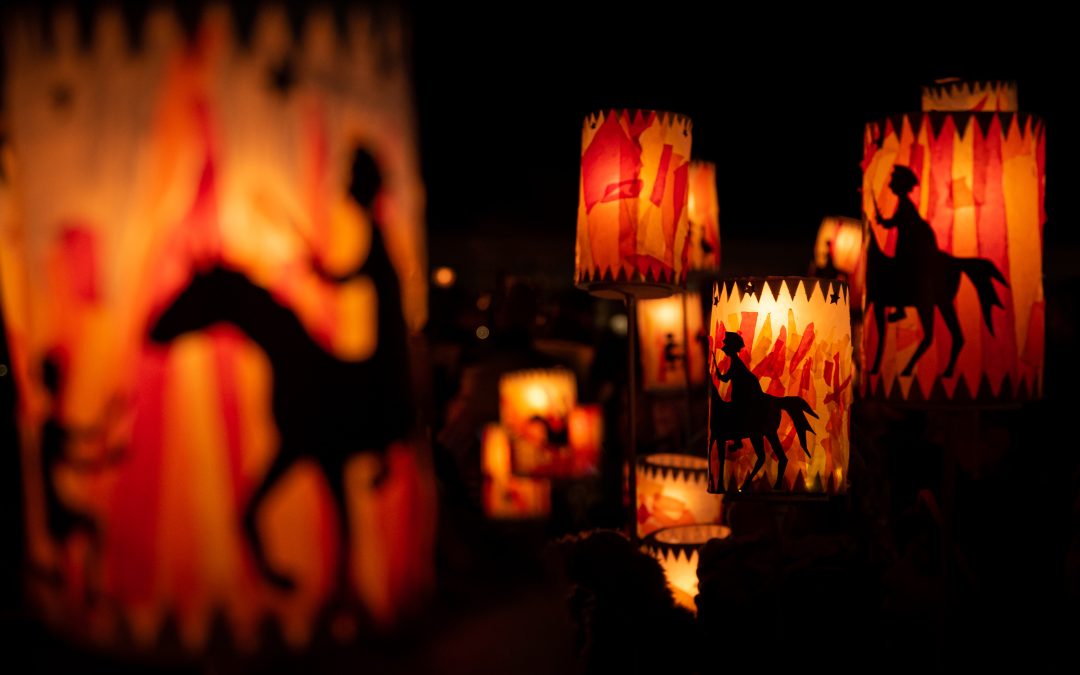 Every autumn, Saint Martin’s Day is celebrated in many European countries. Typical for this event are parades with self-made lanterns. Traditional songs are sung and often accompanied by local music associations. Also, the participating children receive a bag with all sorts of treats.

This traditional festival dates back to an old legend. Saint Martin was a Roman soldier who made a sign of charity. On a cold night, he met an almost frozen beggar. No one but Martin paid attention to him. He cut his warm mantle with his sword and gave half to the mendicant. So he didn’t have to freeze anymore. This scene is often re-enacted in Martin’s parades with real actors.

The Kempen Martin parades are known far beyond the borders of the Lower Rhine. There is a specific parade for toddlers and school children. The participants receive a so-called “Blo-es”. This is the local expression for the bag with treats.  For over 130 years, it has been inspiring young and old and runs through the medieval town of Kempen. This is rounded off by an impressive fireworks display. An exhibition of the children’s homemade torches is also organized. A visit is not only worthwhile for locals!